This aircraft has been sold

Restoration is a commonplace term applied to classic antique aircraft. The story of the Hamilton Metalplane is that it is not only a historic type, but that the work accomplished by Jack Lysdale in 1975–1978 was essentially a REVIVAL as well as a premier restoration.

The excellence of the original design is evident since now, with current operational systems, it is as functional and easy to fly as any modern aircraft.

RARE Aircraft is pleased to offer this unique example of early airline passenger service. It is ready for personal enjoyment or operation for exhibition.

Also available with the aircraft;

The story of the Hamilton Metalplane cannot be complete without interfacing it with Jack Lysdale. The Hamilton is an interesting and unique airplane in its own right, but without Jack it would be just a picture in an aviation history book.

Jack was Aviation personified. He began flying as a teenager in 1929, then owned and flew several of the current airplanes of the time such as the Curtiss Robin. His interest broadened into the mechanical aspects of aviation and he earned certification as an A&E mechanic (Aircraft & Engine, now referred to as A&P or Aircraft & Powerplant).

The retrieval and subsequent restoration of the Hamilton could be likened to finding a Woolly Mammoth in an ice cap and bringing it back to life!

It was providential that Jack and the Hamilton were to meet. It is doubtful that anyone possessed the vision and perfection prowess, let alone the skill and experience, to pull off that restoration.

And Jack it was! He was at the center of the restoration from beginning to end. Some accounts cite a “team”, but it was Jack and his assistant A&P, Art Krueger, and Jack’s dog King, that were there every day, day in and day out, doing the work.

Oh yes, there was occasional help from others when it came to lifting the huge wings, for instance. And Jack had a favored welder that would come in for a special welding task. Also, a couple of long retired NWA mechanics wickered the seats and hand painted the Northwest Airways insignia, tasks they originally performed in the early 1930s when Hamiltons were in NWA service.

An example of Jack’s perseverance is the near complete re-skinning of the Hamilton. The corrugated aluminum skin had long since gone out of production. Jack was able to determine, however, that Alcoa still had the original dies used for its manufacture. After many phone calls and much conversation, he convinced them to take them out of storage and produce a special run of the skins for him.

When the Hamilton was ready to fly, lots of the old Northwest pilots volunteered to fly it, with the inference that their experience would be needed for the flights. They were discounting Jack’s capability, as well as his central focus on performing it himself. Jack had flown several large surplus WWII aircraft after the war however, mostly without benefit of checkout, and was uniquely qualified to take the Hamilton into the air.

So early one morning, without an audience or cheering squad, Jack and Art rolled it out and away he went! The flight was uneventful, but revealed a slight mis-alignment of the main landing gear wheels, which they promptly addressed and corrected.

Jack flew the Hamilton to the EAA event at Oshkosh, WI in 1976, where it was awarded Reserve Grand Champion Antique. Zealous judges, completely missing the complexity and depth of the restoration, marked it down for some use of present-day hardware denying it the top spot. Jack passed it off, however, saying “That’s OK. I know which airplane was the most popular. Look at the worn-down grass around it!”

A few weeks later, Jack flew the Hamilton to the Antique Airplane Association annual fly-in at Blakesburg, Iowa with a few friends on board. It was awarded the Grand Champion trophy.

It was then, and is now, one of the premier aircraft restorations, ever; A living, breathing exemplar of airline transportation in 1929. And an abiding accolade to Jack Lysdale. 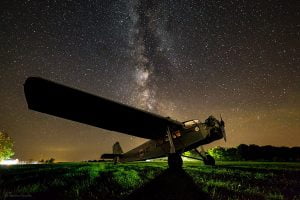 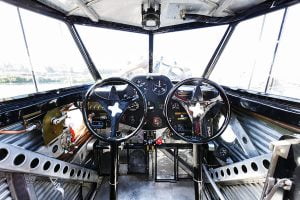 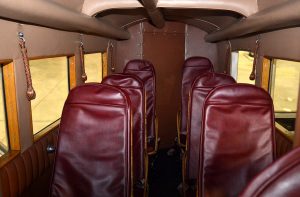 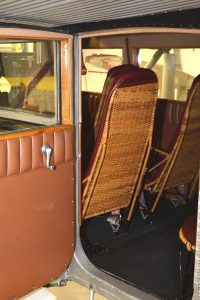 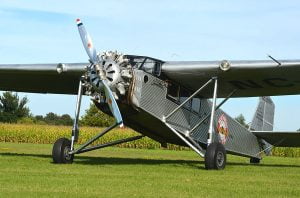 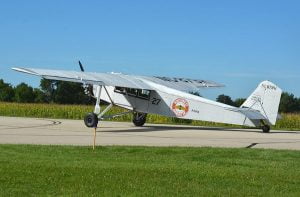 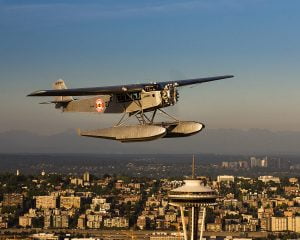 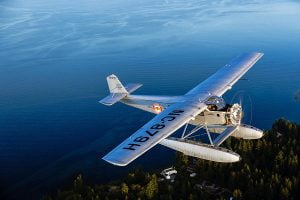